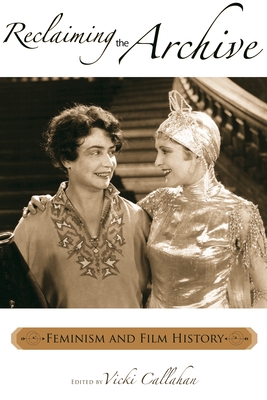 Feminism and Film History (Contemporary Approaches to Film and Television)

Essays in Reclaiming the Archive investigate the different models available in feminist film history and how those feminist strategies might serve as paradigmatic for other sites of feminist intervention. Chapters have an international focus and range chronologically from early cinema to post-feminist texts, organized around the key areas of reception, stars, and authorship. A final section examines the very definitions of feminism (post-feminism), cinema (transmedia), and archives (virtual and online) in place today.

The essays in Reclaiming the Archive prove that a significant heritage of film studies lies in the study of feminism in film and feminist film theory. Scholars of film history and feminist studies will appreciate the breadth of work in this volume.

Vicki Callahan is associate professor at the Peck School of the Arts at the University of Wisconsin-Milwaukee and visiting faculty at the Institute for Multimedia Literacy at the University of Southern California. She is the author of Zones of Anxiety: Movement, Musidora, and the Crime Serials of Louis Feuillade (Wayne State University Press, 2004).
or support indie stores by buying on
Copyright © 2020 American Booksellers Association