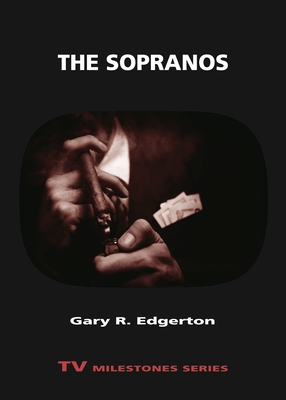 From its premiere in 1999, The Sopranos captivated viewers with its easily relatable protagonist who has troubles at work and home, and went on to be one of the most critically successful shows in television history. By demonstrating that TV could be at once artistic and profitable, complex and engaging, edifying and entertaining, the series also redefined the prime-time drama. In this volume, author Gary R. Edgerton delves into the entire run of The Sopranos, integrating the existing scholarly literature, while also going much further than any previous source in exploring the series' innovations and legacy.

First, Edgerton describes and analyzes The Sopranos' enormous business and industrial significance within the context of HBO as a network, a diversified entertainment company, and an identity brand. In chapter 2, he examines the many autobiographical influences and work experiences of creator David Chase and the narrative antecedents that informed the series' beginnings. In chapter 3, Edgerton underscores The Sopranos' deeply evocative sense of place, honing in especially on the cultural geography of New Jersey as representative of the nation as a whole. Finally, in chapter 4, Edgerton highlights how The Sopranos marks "A Midlife Crisis for the Gangster Genre" by illustrating some of the most profound generic transformations that took place over the course of the show, while his conclusion summarizes The Sopranos' ongoing industrial, aesthetic, and cultural legacy.

The Sopranos is widely recognized in both popular and scholarly literature as a turning point in the history and development of TV. Fans who want to learn more about the show and scholars of television history will enjoy this entertaining and educational volume.

Gary R. Edgerton is dean of the College of Communication at Butler University. He was previously eminent scholar, professor, and chair of the Communication and Theatre Arts Department at Old Dominion University. Edgerton has published ten books and more than eighty book chapters, journal articles, and encyclopedia essays on a wide variety of media and culture topics, and is co-editor of the Journal of Popular Film and Television.
or support indie stores by buying on
Copyright © 2020 American Booksellers Association