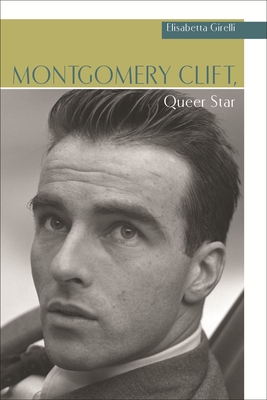 From the sexually ambivalent "beautiful boy" of his early films, to the seemingly asexual, transgressive, and often distressed man of his last years, Girelli argues that Clift shows remarkable consistency as a star: his presence always challenges established notions of virility, sexuality, and bodily "normality." Girelli's groundbreaking analysis uses queer theory to assess Clift's disruptive legacy, engaging with key critical concepts such as the closet, performativity, queer shame, crip theory, and queer temporality. She balances theoretical frameworks with extensive close readings of his performances and a consideration of how Clift's personal life, and public perceptions of it, informed his overall image as a deviant star and man. Montgomery Clift, Queer Star offers a comprehensive critical assessment of Clift through classic texts of queer criticism, as well as new interventions in the field. Scholars of gender and film, performance studies, queer and sexuality studies, and masculinity studies will appreciate this compelling study.

Elisabetta Girelli is a lecturer in film studies at the University of St. Andrews. She is the author of Beauty and the Beast: Italianness in British Cinema and of several scholarly articles on issues of identity, space, and history in film.
or support indie stores by buying on
Copyright © 2020 American Booksellers Association