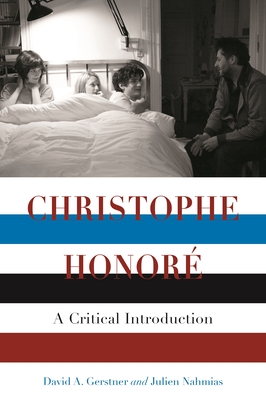 A Critical Introduction (Contemporary Approaches to Film and Media)

By David A. Gerstner, Julien Nahmias

Considering each of the trilogy films in turn, the authors take a close look at Honor?'s cinematic technique and how it engages with France's contemporary cultural landscape. With careful attention to the complexity of Honor?'s work, they consider critically contested issues such as the filmmaker's cinematic strategies for addressing AIDS, the depth of his LGBTQ politics, his representations of death and sexual desire, and the connections between his films and the New Wave. Anchored by a comprehensive interview with the director, the authors incorporate classical and contemporary film theories to offer a range of cinematic interventions for thinking queerly about the noted film author.

Christophe Honor?: A Critical Introduction reconceptualizes the relationship between film theory and queer theory by moving beyond predominant literary and linguistic models, focusing instead on cinematic technique. Students and teachers of queer film will appreciate this thought-provoking volume.

David A. Gerstner is professor of cinema studies at the City University of New York, College of Staten Island, where he is chair of the Department of Media Culture. He is also a faculty member at the CUNY Graduate Center. His books include Queer Pollen: White Seduction, Back Male Homosexuality, and the Cinematic and Authorship and Film (coedited with Janet Staiger). Julien Nahmias is a psychiatrist and works at the Institut Paul Sivadon-Association L'?lan Retrouv?, Paris, France. He has written a medical thesis about the cinematic representation of the psychiatrist and has given lectures on the topic of psychiatry and cinema (University of Paris V).
or support indie stores by buying on
Copyright © 2020 American Booksellers Association