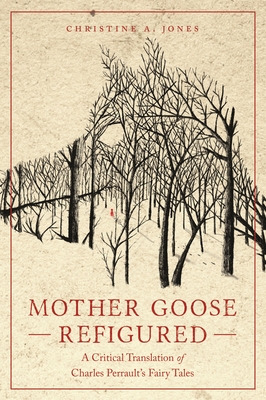 By Christine a. Jones

Charles Perrault published Histoires ou Contes du temps pass? ("Stories or Tales of the Past") in France in 1697 during what scholars call the first "vogue" of tales produced by learned French writers. The genre that we now know so well was new and an uncommon kind of literature in the epic world of Louis XIV's court. This inaugural collection of French fairy tales features characters like Sleeping Beauty, Cinderella, and Puss in Boots that over the course of the eighteenth century became icons of social history in France and abroad. Translating the original Histoires ou Contes means grappling not only with the strangeness of seventeenth-century French but also with the ubiquity and familiarity of plots and heroines in their famous English personae.

From its very first translation in 1729, Histoires ou Contes has depended heavily on its English translations for the genesis of character names and enduring recognition. This dependability makes new, innovative translation challenging. For example, can Perrault's invented name "Cendrillon" be retranslated into anything other than "Cinderella"? And what would happen to our understanding of the tale if it were? Is it possible to sidestep the Anglophone tradition and view the seventeenth-century French anew? Why not leave Cinderella alone, as she is deeply ingrained in cultural lore and beloved the way she is? Such questions inspired the translations of these tales in Mother Goose Refigured, which aim to generate new critical interest in heroines and heroes that seem frozen in time. The book offers introductory essays on the history of interpretation and translation, before retranslating each of the Histoires ou Contes with the aim to prove that if Perrault's is a classical frame of reference, these tales nonetheless exhibit strikingly modern strategies.

Designed for scholars, their classrooms, and other adult readers of fairy tales, Mother Goose Refigured promises to inspire new academic interpretations of the Mother Goose tales, particularly among readers who do not have access to the original French and have relied for their critical inquiries on traditional renderings of the tales.

Christine A. Jones is a specialist of seventeenth- and eighteenth-century France at the University of Utah with interests in the luxury trades and the fairy tale. She has authored Shapely Bodies: The Image of Porcelain in Eighteenth-Century France as well as numerous articles on trade history. With folklore scholar Jennifer Schacker, she has coedited Marvelous Transformations: An Anthology of Fairy Tales and Contemporary Critical Perspectives and Feathers, Paws, Fins, and Claws: Fairy Tale Beasts, illustrated by Lina Kusaite (Wayne State University Press, 2015).
or support indie stores by buying on
Copyright © 2020 American Booksellers Association