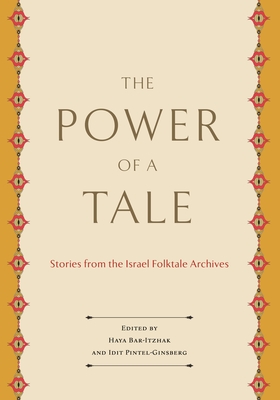 The Power of a Tale

Stories from the Israel Folktale Archives

In The Power of a Tale: Stories from the Israel Folktale Archives, editors Haya Bar-Itzhak and Idit Pintel-Ginsberg bring together a collection of fifty-three folktales in honor of the fiftieth anniversary of the Israel Folktale Archives (IFA) at the University of Haifa. Established by the folklorist Dov Noy in the 1950s, the IFA is the only archive of its kind in Israel and serves as a center for knowledge and information concerning the cultural heritage of the many ethnic communities in Israel.

For this jubilee volume, contributors each selected a story-the narrators of which vary in ethnic background, education level, gender, and length of time in Israel-from the more than 24,000 preserved in the archives and wrote an accompanying analytic essay. The folk narrative is anchored in tradition, but it is modified and renewed by each narrator as they tell it to assorted audiences and in different performance contexts. The stories they tell encompass a myriad of genres and themes, including mythical tales, demon legends, m?rchen of various sorts, and personal narratives. Contributors employ diverse approaches to analyze and interpret the stories, such as the classic comparative approach, which looks at tale types, oikotypes, and motifs; formalism, which considers narrative roles and narrative functions; structuralism, which aims to uncover a story's deep structure and its binary oppositions; and more. Translated for the first time into English, the stories and accompanying essays are evidence of the lively research being conducted today on folk literature. Scholars and students interested in Jewish folklore and literature will appreciate this diverse collection as well as readers interested in Jewish and Israeli culture.

Haya Bar-Itzhak is a professor emerita of literature and folklore at the University of Haifa. She was chair of the department of Communication at the Max Stern Yezreel Valley College. She served in the past as chair of the department of Hebrew and Comparative Literature, head of folklore studies, and the academic director of the Israel Folktale Archives at the University of Haifa. Prof. Bar-Itzhak has published eleven books, among them Israeli Folk Narratives: Settlement, Immigration, Ethnicity (Wayne State University Press, 2005). Idit Pintel Ginsberg Ph.D. is a researcher of Jewish culture, focusing on folk literature, intangible cultural heritage preservation, Jewish cultural symbolism, folklore in rabbinical and medieval Jewish thought and its interaction with contemporary cultural issues as rituals, festivals, magic and demonology. For the past decade she served as the academic coordinator of the Israel Folktale Archives. She is also the author of The Angel and the Hamin, a compilation of IFA folktales centered on food and foodways.
Loading...
or support indie stores by buying on