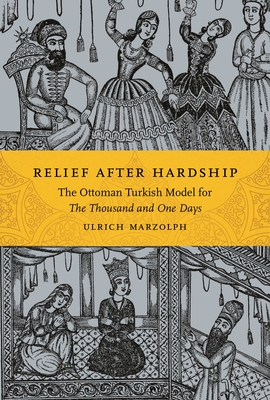 The Thousand and One Days, a companion collection to The Thousand and One Nights, was published in 1710-1712 by French Orientalist scholar Fran?ois P?tis de la Croix who advertised it as the faithful, albeit selective translation of a Persian work. Subsequent research has found that The Thousand and One Days is actually the adapted translation of a fifteenth-century anonymous Ottoman Turkish compilation titled Relief after Hardship. This compilation, in turn, is the enlarged translation of an equally anonymous Persian collection of tales that likely dates back to as early as the thirteenth century. The tales in both the Ottoman Turkish and the Persian collections are mostly tales of the marvelous and the strange, a genre that dominated much of the narrative literatures of the pre-modern Muslim world.

Ulrich Marzolph's Relief after Hardship: The Ottoman Turkish Model for The Thousand and One Days is a detailed assessment of the Ottoman Turkish compilation and its Persian precursor. Based upon Andreas Tietze's unpublished German translation of the Ottoman Turkish Ferec ba'd es-sidde, it traces the origins of the collection's various tales in the pre-modern Persian and Arabic literatures and its impact on Middle Eastern and world tradition and folklore. Ottoman Turkish literature proves to be a suitable candidate for the transmission of tales from East to West long before the European translation of The Thousand and One Nights. Additionally, the concept of "relief after hardship" has the same basic structure as the European fairy tale, wherein the protagonist undergoes a series of trials and tribulations before he attains a betterment of his status. Marzolph contends that the early reception of these tales from Muslim narrative tradition might well have had an inspiring impact on the nascent genre of the European fairy tale that has come to know international success today. This fascinating compilation of tales is being presented for the first time to an English language audience along with a comprehensive survey of its history, as well as detailed summaries and extensive comparative annotations to the tales that will be of interest to literature and folklore scholars.

Ulrich Marzolph is a professor of Islamic studies at the Georg-August University in G?ttingen, Germany. Having served on the editorial board of the Enzyklop?die des M?rchens (1986-2015), he is now conducting a research project studying the impact of narratives from the Muslim Middle East on Western tradition. He is the editor of The Arabian Nights Reader (Wayne State University Press, 2006) and The Arabian Nights in Transnational Perspective (Wayne State University Press, 2007).
or support indie stores by buying on
Copyright © 2020 American Booksellers Association