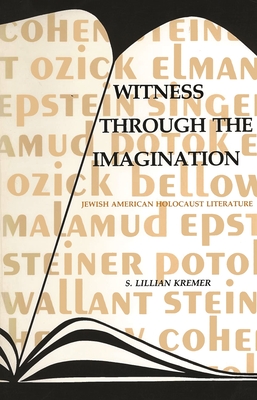 Witness Through the Imagination (Paperback)

Criticism of Holocaust literature is an emerging field of inquiry, and as might be expected, the most innovative work has been concentrated on the vanguard of European and Israeli Holocaust literature. Now that American fiction has amassed an impressive and provocative Holocaust canon, the time is propitious for its evaluation. Witness Through the Imagination presents a critical reading of themes and stylistic strategies of major American Holocaust fiction to determine its capacity to render the prelude, progress, and aftermath of the Holocaust.

The unifying critical approach is the textual explication of themes and literary method, occasional comparative references to international Holocaust literature, and a discussion of extra-literary Holocaust sources that have influenced the creative writers' treatment of the Holocaust universe.

S. Lillian Kremer obtained her Ph.D. from Kansas State University where she is currently an instructor in the English Department. Her articles on contemporary Jewish literature have appeared in the Saul Bellow Journal, Studies in American Jewish Literature, Holocaust Studies Annual, and Dictionary of Literary, Biography, and Modern Jewish Studies Annual.
or support indie stores by buying on
Copyright © 2020 American Booksellers Association