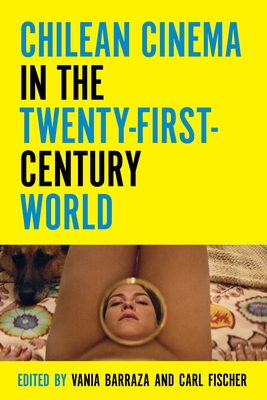 Focusing on films from Chile since 2000 and bringing together scholars from South and North America, Chilean Cinema in the Twenty-First-Century World is the first English-language book since the 1970s to explore this small, yet significant, Latin American cinema. The volume questions the concept of "national cinemas" by examining how Chilean film dialogues with trends in genre-based, political, and art-house cinema around the world, while remaining true to local identities. Contributors place current Chilean cinema in a historical context and expand the debate concerning the artistic representation of recent political and economic transformations in contemporary Chile. Chilean Cinema in the Twenty-First-Century World opens up points of comparison between Chile and the ways in which other national cinemas are negotiating their place on the world stage.

The book is divided into five parts. "Mapping Theories of Chilean Cinema in the World" examines Chilean filmmakers at international film festivals, and political and affective shifts in the contemporary Chilean documentary. "On the Margins of Hollywood: Chilean Genre Flicks" explores on the emergence of Chilean horror cinema and the performance of martial arts in Chilean films. "Other Texts and Other Lands: Intermediality and Adaptation Beyond Chile(an Cinema)" covers the intermedial transfer from Chilean literature to transnational film and from music video to film. "Migrations of Gender and Genre" contrasts films depicting transgender people in Chile and beyond. "Politicized Intimacies, Transnational Affects: Debating (Post)memory and History" analyzes representations of Chile's traumatic past in contemporary documentary and approaches mourning as a politicized act in postdictatorship cultural production. Intended for scholars, students, and researchers of film and Latin American studies, Chilean Cinema in the Twenty-First-Century World evaluates an active and emergent film movement that has yet to receive sufficient attention in global cinema studies.

Vania Barraza is associate professor of Spanish at the University of Memphis. She is also the author of (In)subordinadas: raza, clase y filiaci?n en la narrativa de mujeres latinoamericanas and El cine en Chile (2005-2015): Pol?ticas y po?ticas del nuevo siglo. Carl Fischer is associate professor of Latin American studies and Spanish at Fordham University. He is the author of Queering the Chilean Way: Cultures of Exceptionalism and Sexual Dissidence, 1965-2015.
or support indie stores by buying on
Copyright © 2020 American Booksellers Association