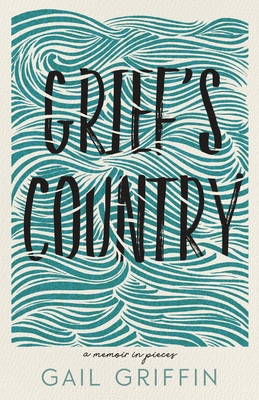 A Memoir in Pieces (Made in Michigan Writers)

Gail Griffin had only been married for four months when her husband's body was found in the Manistee River, just a few yards from their cabin door. The terrain of memoir is full of stories of grief, though Grief's Country: A Memoir in Pieces is less concerned with the biography of a love affair than with the lived phenomenon of grief itself-what it does to the mind, heart, and body; how it functions almost as an organism. The book's intimacy is at times nearly disarming; its honesty about struggling through grief's country is unfailing.

The story is told in pieces in that it is ten essays of varying forms, punctuated by four original poems, that examine facets of traumatic grief, memory, and survival. While a reader will perceive a forward trajectory, the book resists anything like a clear chronology, offering a picture of deep grief as something that defies the linear and explodes time. A Strong Brown God tells the story of two of Griffin's significant relationships-with her husband, Bob, and with the Manistee River-and includes the history of what drew them all together. Grief's Country follows Griffin from the morning after Bob's death through the first disoriented, fractured months of PTSD. Heartbreak Hotel takes Griffin on a tragicomical flight the first Christmas after Bob's death to a Jamaican resort-which includes an unscheduled stop at Graceland-where she contemplates the notions of home and haven. Grief's Country will speak directly to anyone who has lost a dearly loved one, offering not one story but ten different faces of grief to contemplate. It will also appeal to general readers of memoir, including teachers and students of nonfiction, especially as it includes a variety of formal models. Those interested in the subject area of death and dying will find it useful as a book that bypasses recovery narratives, truisms, and stages of grief to get as close as possible to the experience itself.

Gail Griffin is the author of four books of nonfiction, including The Events of October: Murder-Suicide on a Small Campus (Wayne State University Press, 2010). Her award-winning nonfiction and poetry have appeared in venues including The Missouri Review, The Southern Review, Fourth Genre, and The New Ohio Review, and anthologies including Fresh Water: Women Writing on the Great Lakes, a Michigan Notable Book.
Loading...
or support indie stores by buying on