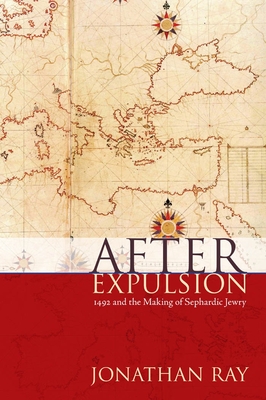 1492 and the Making of Sephardic Jewry

On August 3, 1492, the same day that Columbus set sail
from Spain, the long and glorious history of that nation's
Jewish community officially came to a close. The expulsion
of Europe's last major Jewish community ended more than
a thousand years of unparalleled prosperity, cultural vitality
and intellectual productivity. Yet, the crisis of 1492 also gave
rise to a dynamic and resilient diaspora society spanning
East and West.
After Expulsion traces the various paths of migration and resettlement
of Sephardic Jews and Conversos over the course
of the tumultuous sixteenth century. Pivotally, the volume
argues that the exiles did not become "Sephardic Jews"
overnight. Only in the second and third generation did these
disparate groups coalesce and adopt a "Sephardic Jewish"
identity.
After Expulsion presents a new and fascinating portrait of
Jewish society in transition from the medieval to the early
modern period, a portrait that challenges many longstanding
assumptions about the differences between Europe and the
Middle East.

Jonathan Ray is the Samuel Eig Associate Professor of Jewish Studies at Georgetown University.
Loading...
or support indie stores by buying on