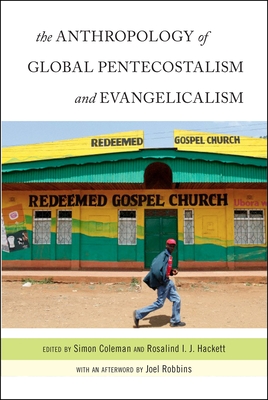 Anthropology of Global Pentecostalism an

The phenomenal growth of Pentecostalism and evangelicalism around the world in recent decades has forced us to rethink what it means to be religious and what it means to be global. The success of these religious movements has revealed tensions and resonances between the public and the private, the religious and the cultural, and the local and the global. This volume provides a wide ranging and accessible, as well as ethnographically rich, perspective on what has become a truly global religious trend, one that is challenging conventional analytical categories within the social sciences.

Simon Coleman (Editor) Simon Coleman is Chancellor Jackman Professor at the Department for the Study of Religion, University of Toronto, and author of Pilgrimage: Past and Present in the World Religions and The Globalisation of Charismatic Christianity. Rosalind I. J. Hackett (Editor) Rosalind I.J. Hackett is Professor and Head of Religious Studies, the University of Tennessee, where she is also adjunct Professor in Anthropology and Faculty Associate at the Howard H. Baker, Jr. Center for Public Policy. She has received fellowships from Harvard University, the Rockefeller Foundation and the Pew Foundation. She has published extensively on religion in Africa, notably in the areas of new religious movements, art, gender, media, and conflict.
Loading...
or support indie stores by buying on