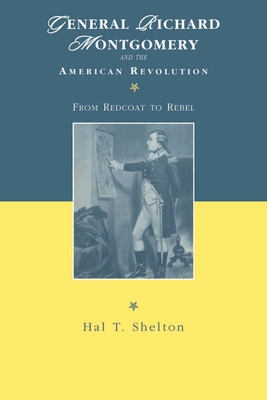 At 3 a.m. on December 31, 1775, a band of desperate men stumbled through a raging Canadian blizzard toward Quebec. The doggedness of this ragtag militia--consisting largely of men whose short-term enlistments were to expire within the next 24 hours--was due to the exhortations of their leader. Arriving at Quebec before dawn, the troop stormed two unmanned barriers, only to be met by a British ambush at the third. Amid a withering hale of cannon grapeshot, the patriot leader, at the forefront of the assault, crumpled to the ground. General Richard Montgomery was dead at the age of 37.

Montgomery--who captured St. John and Montreal in the same fortnight in 1775; who, upon his death, was eulogized in British Parliament by Burke, Chatham, and Barr; and after whom 16 American counties have been named--has, to date, been a neglected hero. Written in engaging, accessible prose, General Richard Montgomery and the American Revolution chronicles Montgomery's life and military career, definitively correcting this historical oversight once and for all.