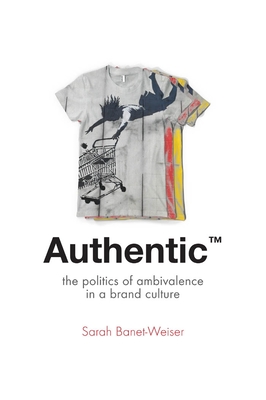 A stimulating, smart book on what it means to live in a brand culture

Brands are everywhere. Branding is central to political campaigns and political protest movements; the alchemy of social media and self-branding creates overnight celebrities; the self-proclaimed "greening" of institutions and merchant goods is nearly universal. But while the practice of branding is typically understood as a tool of marketing, a method of attaching social meaning to a commodity as a way to make it more personally resonant with consumers, Sarah Banet-Weiser argues that in the contemporary era, brands are about culture as much as they are about economics. That, in fact, we live in a brand culture. Authentic(TM) maintains that branding has extended beyond a business model to become both reliant on, and reflective of, our most basic social and cultural relations. Further, these types of brand relationships have become cultural contexts for everyday living, individual identity, and personal relationships--what Banet-Weiser refers to as "brand cultures." Distinct brand cultures, that at times overlap and compete with each other, are taken up in each chapter: the normalization of a feminized "self-brand" in social media, the brand culture of street art in urban spaces, religious brand cultures such as "New Age Spirituality" and "Prosperity Christianity,"and the culture of green branding and "shopping for change." In a culture where graffiti artists loan their visions to both subway walls and department stores, buying a cup of "fair-trade" coffee is a political statement, and religion is mass-marketed on t-shirts, Banet-Weiser questions the distinction between what we understand as the "authentic" and branding practices. But brand cultures are also contradictory and potentially rife with unexpected possibilities, leading Authentic(TM) to articulate a politics of ambivalence, creating a lens through which we can see potential political possibilities within the new consumerism.

Sarah Banet-Weiser is Professor and Head of the Department of Media and Communications at the London School of Economics. She is the author of four books, including Authentic(TM) The Politics of Ambivalence in a Brand Culture (2012), which won the International Communication Association's Outstanding Book Award, The Most Beautiful Girl in the World: Beauty Pageants and National Identity (1999), Kids Rule! Nickelodeon and Consumer Citizenship (2007), and Empowered: Popular Feminism and Popular Misogyny (2018). She is the co-editor of Cable Visions: Television Beyond Broadcasting (2007) and Commodity Activism: Cultural Resistance in Neoliberal Times (2012), both available from NYU Press.
Loading...
or support indie stores by buying on