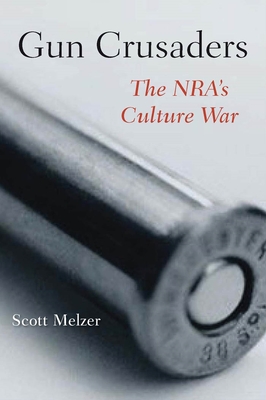 Gun Crusaders is a fascinating inside look at how the four-million member National Rifle Association and its committed members come to see each and every gun control threat as a step down the path towards gun confiscation, and eventually socialism. Enlivened by a rich analysis of NRA materials, meetings, leader speeches, and unique in-depth interviews with NRA members, Gun Crusaders focuses on how the NRA constructs and perceives threats to gun rights as one more attack in a broad liberal cultural war. Scott Melzer shows that the NRA promotes a nostalgic vision of frontier masculinity, whereby gun rights defenders are seen as patriots and freedom fighters, defending not the freedom of religion, but the religion of individual rights and freedoms.

Scott Melzer is Associate Professor of Sociology and Chair of the Department of Anthropology & Sociology at Albion College.
Loading...
or support indie stores by buying on