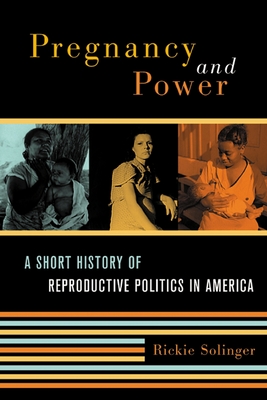 A Short History of Reproductive Politics in America

A sweeping chronicle of women's battles for reproductive freedom

Rickie Solinger is a historian, the editor of a book series on reproductive justice, and a curator who organizes exhibitions associated with the themes of her books. Her books include Wake Up Little Susie: Single Pregnancy and Race Before Roe v. Wade, The Abortionist: A Woman Against the Law, and Beggars and Choosers: How the Politics of Choice Shapes Adoption, Abortion, and Welfare in the United States.
Loading...
or support indie stores by buying on