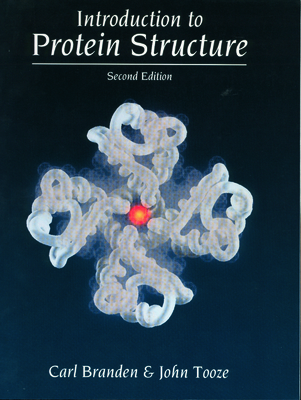 Carl Branden was educated at Uppsala University (PhD) and the MRC Laboratory for Molecular Biology, Cambridge, where he was a postdoctoral fellow in the laboratory of J.C. Kendrew. He has pursued a career in basic research, science administration (as science advisor to the Swedish Government), and biotechnology. Formerly Research Director of the European Synchrotron Radiation Facility in Grenoble, France, he is now at the Microbiology and Tumor Biology Center at the Karolinska Institute in Stockholm. A protein crystallographer with a distinguished academic career in research and teaching, he has made major contributions to the understanding of many biological structures, and is an editor of Structure. John Tooze was educated at Cambridge University (MA), London University (PhD) and Harvard University (where he was a postdoctoral fellow in the laboratory of J.D. Watson). After several years in basic research, he moved principally into science administration and science publishing, notably as the executive secretary of the European Molecular Biology Organisation, Heidelberg, Germany. He is currently Director of Support Services at the Imperial Cancer Research Fund Laboratories, London, and editor of EMBO Journal. A molecular biologist, his previous books include Molecular Biology of Tumor Viruses, The DNA Story (with J.D. Watson) and the very successful first edition of Recombinant DNA: A Short Course (with J.D. Watson and D.T. Kurtz).
Loading...
or
Not Currently Available for Direct Purchase