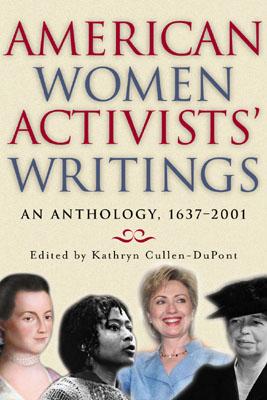 America's women activists have striven bravely and tirelessly to affect the course of American history. Their story, as told in letters, memoirs, diaries, and speeches, is as wide and varied as America itself. This anthology begins with the then-government's attempt to silence Anne Hutchinson, not permitted to address mixed audiences of men and women in the Massachusetts Bay colony, and leads to the formation of the women's rights movement. Highlights include Sojourner Truth describing her escape from slavery; Alice Walker's assessment of her work to end female genital mutilation; and Margarethe Cammermeyer's attempt to end the military's discharge of homosexuals.

Kathryn Cullen-DuPont, the author of The Encyclopedia of Women's History in America, lectures throughout the country on women's issues. She lives in Brooklyn, New York.
Loading...
or
Not Currently Available for Direct Purchase