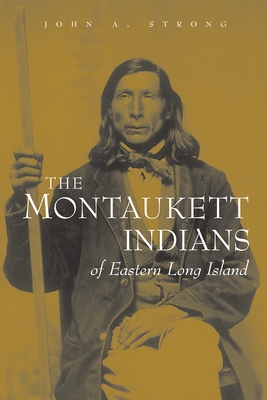 The Montaukett Indians of Eastern Long Island (Iroquois and Their Neighbors)

Although the Montaukett were among the first tribes to establish relations with the English in the seventeenth century, until now very little has been written about the evolution of their interaction with the settlers. John A. Strong, a noted authority on the Indians of Long Island, has written a concise history that focuses on the issues of land tenure in the relations between the English and the Montaukett. Strong also explores issues of cultural assimilation, political and social tensions, and patterns of economic dependency among the Montaukett.

John A. Strong is professor emeritus of history at Long Island University. He is the author of The Algonquin Peoples of Long Island from Earliest Times to 1700, and his articles have appeared in Ethnohistory, American Indian Culture and Research Journal, The Encyclopedia of North American Indians, and The Encyclopedia of New York State.
or support indie stores by buying on