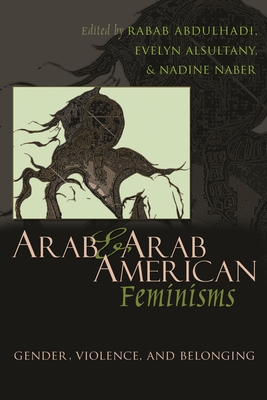 In this collection, Arab and Arab American feminists enlist their intimate experiences to challenge simplistic and long-held assumptions about gender, sexuality, and commitments to feminism and justice-centered struggles among Arab communities. Contributors hail from multiple geo-graphical sites, spiritualities, occupations, sexualities, class backgrounds, and generations. Poets, creative writers, artists, scholars, and activists employ a mix of genres to express feminist issues and highlight how Arab and Arab American feminist perspectives simultaneously inhabit multiple, overlapping, and intersecting spaces: within families and communities; in anticolonial and antiracist struggles; in debates over spirituality and the divine; within radical, feminist, and queer spaces; in academia and on the street; and among each other.

Contributors explore themes as diverse as the intersections between gender, sexuality, Orientalism, racism, Islamophobia, and Zionism, and the restoration of Arab Jews to Arab American histories. This book asks how members of diasporic communities navigate their sense of belong-ing when the country in which they live wages wars in the lands of their ancestors. Arab and Arab American Feminisms opens up new possibili-ties for placing grounded Arab and Arab American feminist perspectives at the center of gender studies, Middle East studies, American studies, and ethnic studies.