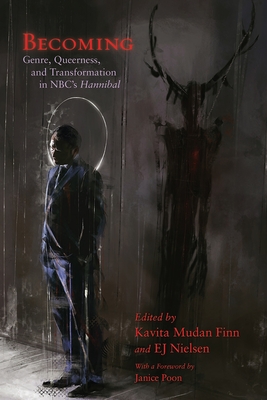 The NBC series Hannibal has garnered both critical and fan acclaim for its cinematic qualities, its complex characters, and its innovative reworking of Thomas Harris's mythology so well-known from Jonathan Demme's Silence of the Lambs (1991) and its variants. The series concluded late in 2015 after three seasons, despite widespread fan support for its continuation. While there is a healthy body of scholarship on Harris's novels and Demme's film adaptation, little critical attention has been paid to this newest iteration of the character and narrative.

Hannibal builds on the serial killer narratives of popular procedurals, while taking them in a drastically different direction. Like critically acclaimed series such as Breaking Bad and The Sopranos, it makes its viewers complicit in the actions of a deeply problematic individual and, in the case of Hannibal, forces them to confront that complicity through the character of Will Graham. The essays in Becoming explore these questions of authorship and audience response as well as the show's themes of horror, gore, cannibalism, queerness, and transformation. Contributors also address Hannibal's distinctive visual, auditory, and narrative style. Concluding with a compelling interview with series writer Nick Antosca, this volume will both entertain and educate scholars and fans of Hannibal and its many iterations.

Kavita Mudan Finn holds a PhD from the University of Oxford. She has taught literature, history, gender studies, and composition at Georgetown University, George Washington University, University of Maryland at College Park, Southern New Hampshire University, and Simmons College in Boston. EJ Nielsen is a PhD student in communication at the University of Massachusetts Amherst with an MFA in studio art (printmaking) from New Mexico State University. They have recent or upcoming articles in the Journal of Fandom Studies, Transformative Works and Cultures, Quarterly Review of Film and Video, and Somatechnics.
Loading...
or support indie stores by buying on