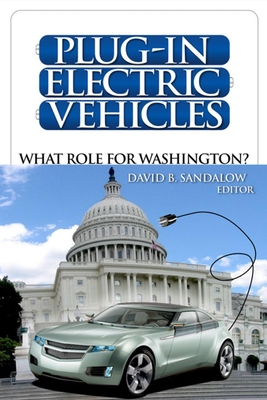 What Role for Washington?

By David B. Sandalow (Editor)

Plug-in electric vehicles are coming. Major automakers plan to commercialize their first models soon, while Israel and Denmark have ambitious plans to electrify large portions of their vehicle fleets. No technology has greater potential to end the United States' crippling dependence on oil, which leaves the nation vulnerable to price shocks, supply disruptions, environmental degradation, and national security threats including terrorism. What does the future hold for this critical technology, and what should the U.S. government do to promote it?

Hybrid vehicles now number more than one million on America's roads, and they are in high demand from consumers. The next major technological step is the plug-in electric vehicle. It combines an internal combustion engine and electric motor, just as hybrids do. But unlike their precursors, PEVs can be recharged from standard electric outlets, meaning the vehicles would no longer be dependent on oil. Widespread growth in the use of PEVs would dramatically reduce oil dependence, cut driving costs and reduce pollution from vehicles. National security would be enhanced, as reduced oil dependence decreases the leverage and resources of petroleum exporters.

Brookings fellow David Sandalow heads up an authoritative team of experts including former government officials, private-sector analysts, academic experts, and nongovernmental advocates. Together they explain the current landscape for PEVs: the technology, the economics, and the implications for national security and the environment. They examine how the national interest could be served by federal promotion and investment in PEVs. For example, can tax or procurement policy advance the cause of PEVs? Should the public sector contribute to greater research and development? Should the government insist on PEVs to replenish its huge fleet of official vehicles?

Plug-in electric vehicles are coming. But how soon, in what numbers, and to what effect? Federal policies in the years ahead will go a long way toward answering those questions. David Sandalow and his colleagues examine what could be done in that regard, as well as what should be done.

David B. Sandalow is an energy and environment scholar and senior fellow in Foreign Policy Studies at the Brookings Institution. He is a former assistant secretary of state and senior director for environmental affairs on the National Security Council staff, and the author of Freedom from Oil (2007).
or
Not Currently Available for Direct Purchase
Copyright © 2020 American Booksellers Association