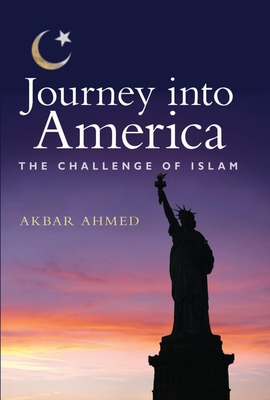 The Challenge of Islam

Nearly seven million Muslims live in the United States today, and their relations with non-Muslims are strained. Many Americans associate Islam with figures such as Osama bin Laden, and they worry about "homegrown terrorists." To shed light on this increasingly important religious group and counter mutual distrust, renowned scholar Akbar Ahmed conducted the most comprehensive study to date of the American Muslim community. Journey into America explores and documents how Muslims are fitting into U.S. society, placing their experience within the larger context of American identity. This eye-opening book also offers a fresh and insightful perspective on American history and society. Following up on his critically acclaimed Journey into Islam: The Crisis of Globalization (Brookings, 2007), Ahmed and his team of young researchers traveled for a year through more than seventyfive cities across the United States--from New York City to Salt Lake City; from Las Vegas to Miami; from the large Muslim enclave in Dearborn, Michigan, to small, predominantly white towns like Arab, Alabama. They visited homes, schools, and over one hundred mosques to discover what Muslims are thinking and how they are living every day in America. In this unprecedented exploration of American Muslim communities, Ahmed asked challenging questions: Can we expect an increase in homegrown terrorism? How do American Muslims ofArab descent differ from those of other origins (for example, Somalia or South Asia)? Why are so many white women converting to Islam? How can a Muslim become accepted fully as an "American," and what does that mean? He also delves into the potentially sticky area of relations with other religions. For example, is there truly a deep divide between Muslims and Jews in America? And how well do Muslims get along with other religious groups, such as Mormons in Utah? Journey into America is equal parts anthropological research, listening tour, and travelogue. Whereas Ahmed's previous book took the reader into homes, schools, and mosques in the Muslim world, his new quest takes us into the heart of America and its Muslim communities. It is absolutely essential reading for anyone trying to make sense of America today.

Akbar Ahmed is currently the Ibn Khaldun Chair of Islamic Studies at the American University in Washington, D.C., the First Distinguished Chair of Middle East and Islamic Studies at the U.S. Naval Academy, and a nonresident senior fellow at the Brookings Institution. He has taught at Princeton, Harvard, and Cambridge Universities and has been called "the world's leading authority on contemporary Islam" by the BBC. He is a frequent media contributor, the author of several books (including Journey into Islam and Polity Press's Islam under Siege), a playwright ("Noor" and "The Trial of Dara Shikoh"), and a published poet.
or
Not Currently Available for Direct Purchase
Copyright © 2020 American Booksellers Association