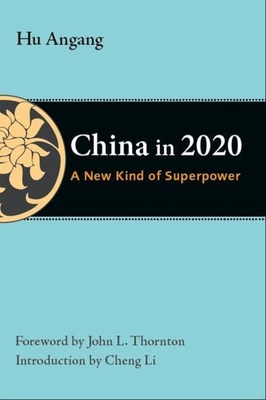 A New Type of Superpower

The rapid pace and grand scale of China's rise have produced a heady mixture of wonder and consternation in the West. Is China on track to become a superpower? What would that mean for the rest of the world? Economist Hu Angang approaches these questions through analysis of three major dimensions of China's rise: its overall economic and social development; advances in education, science, and technology (including alternative energy); and the likely complications posed by resource scarcity, environmental degradation, and climate change.

After three decades of unprecedented economic growth, China is now home to the world's second-largest economy. It is the world's largest exporter and its second-largest consumer of energy (as well as number one in carbon emissions). Extrapolating from these seismic changes, Hu forecasts that by 2020 China will become a "mature, responsible, and attractive superpower" that will contribute, alongside the European Union, to the "end of the unipolar era dominated by the United States."

"China in 2020" presents a native Chinese perspective on the challenges and opportunities that Beijing will face as its global footprint expands. Through a meticulous examination of China's development trajectory, Hu Angang explains how his nation--as the world's largest emerging market--will impact global economic growth, foreign direct investment flows, energy consumption, and carbon dioxide emissions. He proposes a comprehensive strategic framework to guide the next stage of China's rise, seeking to maximize the country's positive impact on the world and minimize the negative externalities of its meteoric development.

Hu Angang, one of China's most influential public intellectuals, is a professor at the School of Public Policy and Management and director of the Center for China Studies at Tsinghua University in Beijing. Cheng Li, a senior fellow and director of research in the John L. Thornton China Center at Brookings, is editor of China's Emerging Middle Class (Brookings, 2010). John L. Thornton is chairman of the board of trustees at the Brookings Institution and professor and director of global leadership at Tsinghua University.
or
Not Currently Available for Direct Purchase
Copyright © 2020 American Booksellers Association