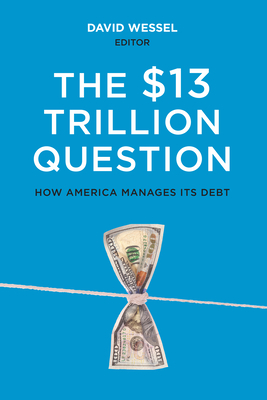 The underexamined art and science of managing the federal government's huge debt.

Everyone talks about the size of the U.S. national debt, now at $13 trillion and climbing, but few talk about how the U.S. Treasury does the borrowing--even though it is one of the world's largest borrowers. Everyone from bond traders to the home-buying public is affected by the Treasury's decisions about whether to borrow short or long term and what types of bonds to sell to investors.

What is the best way for the Treasury to finance the government's huge debt? Harvard's Robin Greenwood, Sam Hanson, Joshua Rudolph, and Larry Summers argue that the Treasury could save taxpayers money and help the economy by borrowing more short term and less long term. They also argue that the Treasury and the Federal Reserve made a huge mistake in recent years by rowing in opposite directions: while the Fed was buying long-term bonds to push investors into other assets, the Treasury was doing the opposite--selling investors more long-term bonds.

David Wessel is director of the Hutchins Center on Fiscal and Monetary Policy at the Brookings Institution and a contributing correspondent to the Wall Street Journal, where he was an editor, columnist, and reporter for thirty years.
Loading...
or support indie stores by buying on