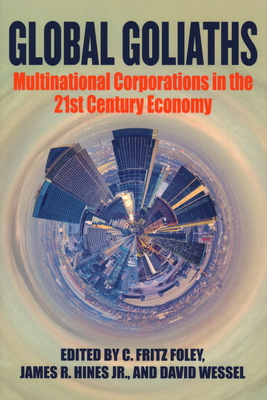 How multinationals contribute, or don't, to global prosperity

Globalization and multinational corporations have long seemed partners in the enterprise of economic growth: globalization-led prosperity was the goal, and giant corporations spanning the globe would help achieve it. In recent years, however, the notion that all economies, both developed and developing, can prosper from globalization has been called into question by political figures and has fueled a populist backlash around the world against globalization and the corporations that made it possible.

In an effort to elevate the sometimes contentious public debate over the conduct and operation of multinational corporations, this edited volume examines key questions about their role, both in their home countries and in the rest of the world where they do business. Is their multinational nature an essential driver of their profits? Do U.S. and European multinationals contribute to home country employment? Do multinational firms exploit foreign workers? How do multinationals influence foreign policy? How will the rise of the digital economy and digital trade in services affect multinationals?

In addressing these and similar questions, the book also examines the role that multinational corporations play in the outcomes that policymakers care about most: economic growth, jobs, inequality, and tax fairness.