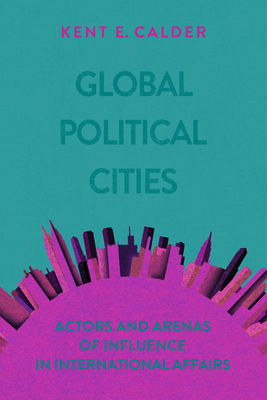 Actors and Arenas of Influence in International Affairs

The British Empire declined decades ago, but London remains one of the world's preeminent centers of finance, commerce, and political discourse. London is just one of the global cities assuming greater importance in the post-cold war world--even as many national governments struggle to meet the needs of their citizens. Global Political Cities shows how and why cities are re-asserting their historic role at the forefront of international economic and political life.

The book focuses on fifteen major cities across Europe, Asia, and the United States, including New York, London, Tokyo, Brussels, Seoul, Geneva, and Hong Kong, not to mention Beijing and Washington, D.C. In addition to highlighting the achievements of high-profile mayors, the book chronicles the growing influence of think tanks, mass media, and other global agenda setters, in their local urban political settings. It also shows how these cities serve in the Internet age as the global stage for grassroots appeals and protests of international significance.

Global Political Cities shows why cities cope much better than nations with many global problems--and how their strengths can help transform both nations and the broader world in future. The book offers important insights for students of both international and comparative political economy; diplomats and other government officials; executives of businesses with global reach; and general readers interested in how the world is changing around them.

Kent Calder is Director of the Reischauer Center for East Asian Studies at Johns Hopkins University/SAIS, where he specializes in International Political Economy and Comparative Urban Politics. His recent research focuses on the rising role of cities in international affairs.
Loading...
or support indie stores by buying on