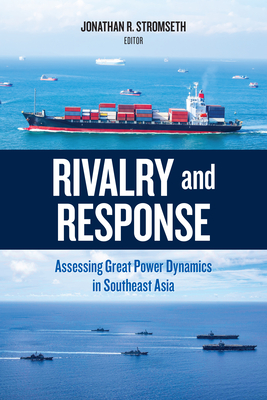 Southeast Asia has become a hotbed of strategic rivalry between China and the United States. China is asserting its influence in the region through economic statecraft and far-reaching efforts to secure its sovereignty claims in the South China Sea, while the United States has promoted a Free and Open Indo-Pacific strategy that explicitly challenges China's expanding influence--warning other countries that Beijing is practicing predatory economics and advancing governance concepts associated with rising authoritarianism in the region.

In this timely volume, leading experts from Southeast Asia, Australia, and the United States assess these great power dynamics by examining the strategic landscape, domestic governance trends, and economic challenges in Southeast Asia, with the latter focusing especially on infrastructure. Among other findings, the authors express concern that U.S. policy has become too concentrated on defense and security, to the detriment of diplomacy and development, allowing China to fill the soft power vacuum and capture the narrative through its signature Belt and Road Initiative. The COVID-19 pandemic has only increased the policy challenges for Washington as China recovers faster from the outbreak, reinforcing its already advantaged economic position and advancing its strategic goals as a result.

As the Biden administration begins to formulate its strategy for the region, it would do well to consider these findings and the related policy recommendations that appear in this volume. Much is at stake for U.S. foreign policy and American interests. Southeast Asia includes two U.S. allies--Thailand and the Philippines--important security partners like Singapore, and key emerging partners such as Vietnam and Indonesia. Almost 42,000 U.S. companies export to the 10 countries that comprise the Association of Southeast Asian Nations (ASEAN), supporting about 600,000 jobs in the United States, but America's economic standing is increasingly at risk.

Jonathan R. Stromseth is a senior fellow and Lee Kuan Yew Chair at the Brookings Institution, where he specializes in Southeast Asian politics and U.S. Asia policy. He previously served on the secretary of state's policy planning staff, advising the State Department's leadership on China, Southeast Asia, and East Asian and Pacific affairs.
Loading...
or support indie stores by buying on