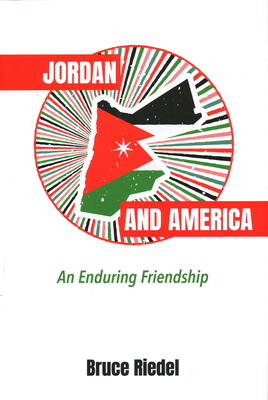 This is the first book to tell the remarkable story of the relationship between Jordan and the United States and how their leaders have navigated the dangerous waters of the most volatile region in the world.

Jordan has been an important ally of the United States for more than seventy years, thanks largely to two members of the Hashemite family: King Hussein, who came to power at the age of 17 in 1952 and governed for nearly a half-century, and his son, King Abdullah, who inherited the throne in 1999. Both survived numerous assassination attempts, wars, and plots by their many enemies in the region. Both ruled with a firm hand but without engaging in the dictatorial extremes so common to the region.

American presidents from Eisenhower to Biden have worked closely with the two Hashemite kings to maintain peace and stability in the region--when possible. The relationship often has been rocky, punctuated by numerous crises, but in the end, it has endured and thrived.

Long-time Middle East expert Bruce Riedel tells the story of the U.S.-Jordanian relationship with his characteristic insight, flair, and eye for telling details. For anyone interested in the region, understanding this story will provide new insights into the Arab-Israeli conflict, the multiple Persian Gulf wars, and the endless quest to bring long-term peace and stability to the region.

Bruce Riedel is a Senior Fellow in the Foreign Policy Studies program at the Brookings Institution where he specializes in the Middle East and South Asia. His previous books include Kings and Presidents: Saudi Arabia and the United States Since FDR and Beirut 1958: How America's Wars in the Middle East Began.
Loading...
or support indie stores by buying on