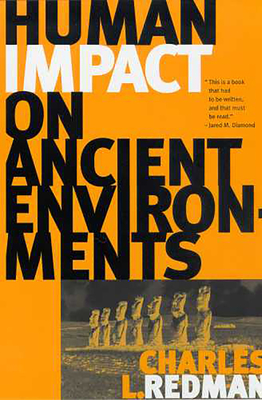 Threats to biodiversity, food shortages, urban sprawl . . . lessons for environmental problems that confront us today may well be found in the past. The archaeological record contains hundreds of situations in which societies developed long-term sustainable relationships with their environments—and thousands in which the relationships were destructive. Charles Redman demonstrates that much can be learned from an improved understanding of peoples who, through seemingly rational decisions, degraded their environments and threatened their own survival. By discussing archaeological case studies from around the world—from the deforestation of the Mayan lowlands to soil erosion in ancient Greece to the almost total depletion of resources on Easter Island—Redman reveals the long-range coevolution of culture and environment and clearly shows the impact that ancient peoples had on their world. These case studies focus on four themes: habitat transformation and animal extinctions, agricultural practices, urban growth, and the forces that accompany complex society. They show that humankind's commitment to agriculture has had cultural consequences that have conditioned our perception of the environment and reveal that societies before European contact did not necessarily live the utopian existences that have been popularly supposed. Whereas most books on this topic tend to treat human societies as mere reactors to environmental stimuli, Redman's volume shows them to be active participants in complex and evolving ecological relationships. Human Impact on Ancient Environments demonstrates how archaeological research can provide unique insights into the nature of human stewardship of the Earth and can permanently alter the way we think about humans and the environment.

“Brings a new awareness of historical ecology. Redman’s presentation is engaging and rarely categorical; he frequently lets the reader choose among alternative interpretations. . . . Human Impact on Ancient Environments should be required reading for undergraduates of any persuasion and will interest anyone who is concerned about the environmental problems that confront us today.”—Science

“This is an archaeologist’s book, but it will be of considerable use to historians and their students. For the most part, Redman shows considerable good sense, correctly identifies the major issues, and places his assertions within the context of current anthropological debate.”—Environmental History

“Approachable and concisely constructed . . . As an overview text, it provides an important piece in the emerging picture of how our species has repeatedly squandered natural resources and how we are continuing to do so.”—SAS Bulletin

Charles L. Redman is Professor and Director of the Center for Environmental Studies, Arizona State University.
Loading...
or
Not Currently Available for Direct Purchase