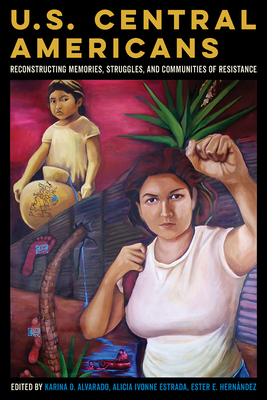 While much has been written about U.S. and Central American military, economic, and political relations, this is the first book to articulate the rich and dynamic cultures, stories, and historical memories of Central American communities in the United States. Contributors to this anthology—often writing from their own experiences as members of this community—articulate U.S. Central Americans’ unique identities as they also explore the contradictions found within this multivocal group.

Working from within Guatemalan, Salvadoran, and Maya communities, contributors to this critical study engage histories and transnational memories of Central Americans in public and intimate spaces through ethnographic, in-depth, semistructured, qualitative interviews, as well as literary and cultural analysis. The volume’s generational, spatial, urban, indigenous, women’s, migrant, and public and cultural memory foci contribute to the development of U.S. Central American thought, theory, and methods. Woven throughout the analysis, migrants’ own oral histories offer witness to the struggles of displacement, travel, navigation, and settlement of new terrain. This timely work addresses demographic changes both at universities and in cities throughout the United States.

U.S. Central Americans draws connections to fields of study such as history, political science, anthropology, ethnic studies, sociology, cultural studies, and literature, as well as diaspora and border studies. The volume is also accessible in size, scope, and language to educators and community and service workers wanting to know about their U.S. Central American families, neighbors, friends, students, employees, and clients.

“[This book] helps to fill a void in scholarship and knowledge about the multiple histories, experiences, and forms of resistance of some Central American groups in the United States.”—Gilda L. Ochoa, author of Academic Profiling: Latinos, Asian Americans, and the Achievement Gap

Karina O. Alvarado is a lecturer in the Chicana and Chicano Studies Department at the University of California, Los Angeles. She was a University of California President’s Postdoctoral Fellow in the English Department at UCLA. Her articles on U.S. Central American, Chicana/o and Latina/o literature have been published in Studies in Twentieth and Twenty-First Century Literature and Latino Studies.

Alicia Ivonne Estrada is an associate professor of Chicana/o studies at California State University, Northridge. Her research focuses on Maya cultural productions in Guatemala and the United States. She has published articles on the Maya diaspora as well as contemporary Maya literature, film, and radio. Her work has appeared in Romance Notes, Latino Studies, Revista Canadiense de Estudios Hispánicos, among other journals and anthologies.

Ester E. Hernández is a professor of Chicana/o and Latina/o studies at California State University, Los Angeles. She has published in Journal of American Ethnic History and Economy and Society. She is the recipient of a Rockefeller Foundation Humanities Fellowship, and she has served on the executive boards of the Coalition for Humane Immigrant Rights of Los Angeles (2010 to present) and Mujeres Activas en Letras y Cambio Social (2011 to 2013).