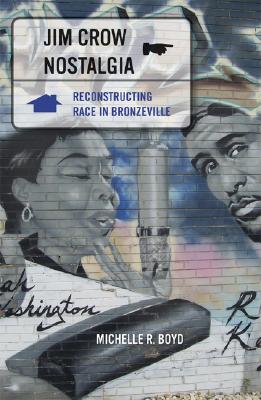 In the Jim Crow era of the early twentieth century, Chicago’s Bronzeville neighborhood on the city’s South Side was a major center of African American cultural vitality and a destination for thousands of Southern blacks seeking new opportunities in the North during the Great Migration. After decades of decline, the 1980s saw several community organizations in the neighborhood collaborating on a revitalization plan called “Restoring Bronzeville,” envisioning an idealized version of the neighborhood as it had thrived during segregation.

Opening with a description by a Bronzeville tour guide, wistful for the days of its famously rich and rewarding cultural life, Michelle R. Boyd examines how black leaders reinvented the neighborhood’s history in ways that, amazingly, sanitized the brutal elements of life under Jim Crow. Connecting such collective inventions of memory to neighborhood projects in the present, Boyd emphasizes how interpretations of history are mobilized for political goals and how links between nostalgia and redevelopment contribute to the politicization of racial identity. As community leaders sought to make an area more attractive to investors, she finds that they consciously worked to define and even redraw geographic boundaries, real estate values, and even the character of the people who lived there.

Acknowledging the present and growing public anxiety over the existence of a stable and collective black identity, Boyd takes a nuanced view of nostalgia for the neighborhoods of the Jim Crow era and develops a new way to understand the political significance of race today.

Michelle R. Boyd is assistant professor of African American studies and political science at the University of Illinois, Chicago.