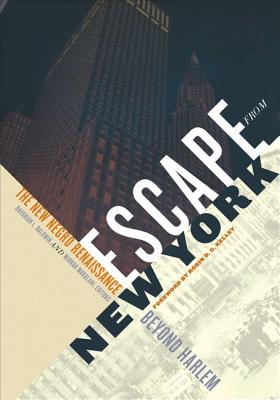 The New Negro Renaissance beyond Harlem

In the midst of vast cultural and political shifts in the early twentieth century, politicians and cultural observers variously hailed and decried the rise of the “New Negro.” This phenomenon was most clearly manifest in the United States through the outpouring of Black arts and letters and social commentary known as the Harlem Renaissance. What is less known is how far afield of Harlem that renaissance flourished—how much the New Negro movement was actually just one part of a collective explosion of political protest, cultural expression, and intellectual debate all over the world.

In this volume, the Harlem Renaissance “escapes from New York” into its proper global context. These essays recover the broader New Negro experience as social movements, popular cultures, and public behavior spanned the globe from New York to New Orleans, from Paris to the Philippines and beyond. Escape from New York does not so much map the many sites of this early twentieth-century Black internationalism as it draws attention to how New Negroes and their global allies already lived. Resituating the Harlem Renaissance, the book stresses the need for scholarship to catch up with the historical reality of the New Negro experience. This more comprehensive vision serves as a lens through which to better understand capitalist developments, imperial expansions, and the formation of brave new worlds in the early twentieth century.


Praise For Escape from New York: The New Negro Renaissance beyond Harlem…

"This anthology succeeds in liberating New Negro studies from Harlem and its traditional temporal, gender, and class confines."—Journal of African American History

"This collection of essays registers the polyvalent, internationalist, and coalition-building character of the New Negro movement more comprehensively than any other text to date. Escape from New York is essential reading for those who study and teach black modernism, black internationalism, and the Harlem Renaissance."—Cultural Critique

Davarian L. Baldwin is the Paul E. Raether Distinguished Professor of American Studies at Trinity College. He is the author of Chicago’s New Negroes: Modernity, the Great Migration, and Black Urban Life.