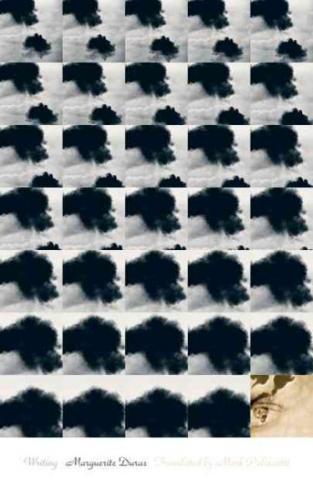 Writing, one of Marguerite Duras’s last works, is a meditation on the process of writing and on her need for solitude in order to do it. In the five short pieces collected in this volume, she explores experiences that had an emotional impact on her and that inspired her to write. These vary from the death of a pilot in World War II, to the death of a fly, to an art exhibition. Two of the pieces were made into documentary films, and one was originally a short film. Both autobiographical and fictional, like much of her work, Writing displays Duras’s unique worldview and sensitive insight in her simple and poetic prose.

Born in 1914 in French Indochina, Marguerite Duras is one of France’s most important literary figures. She wrote several dozen books but is best known in the United States for her novel The Lover, which won the 1984 Prix Goncourt, and for her screenplay, Hiroshima, Mon Amour. She died in 1996.

Mark Polizzotti is the author of six books and the translator of more than thirty, including works by Gustave Flaubert, Marguerite Duras, Jean Echenoz, and Maurice Roche.