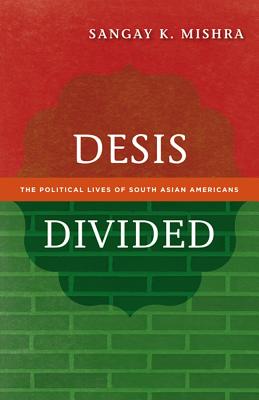 For immigrants to America, from Europeans in the early twentieth century through later Latinos, Asians, and Caribbeans, gaining social and political ground has generally been considered an exercise in ethnic and racial solidarity. The experience of South Asian Americans, one of the fastest-growing immigrant populations in recent years, tells a different story of inclusion—one in which distinctions within a group play a significant role.

Focusing on Indian, Pakistani, and Bangladeshi American communities, Sangay K. Mishra analyzes features such as class, religion, nation of origin, language, caste, gender, and sexuality in mobilization. He shows how these internal characteristics lead to multiple paths of political inclusion, defying a unified group experience. How, for instance, has religion shaped the fractured political response to intensified discrimination against South Asians—Hindus, Muslims, and Sikhs—in the post-9/11 period? How have class and home country concerns played into various strategies for achieving political power? And how do the political engagements of professional and entrepreneurial segments of the community challenge the idea of a unified diaspora? Pursuing answers, Mishra argues that, while ethnoracial mobilization remains an important component of South Asian American experience, ethnoracial identity is deployed differently by particular sectors of the South Asian population to produce very specific kinds of mobilizing and organizational infrastructures. And exploring these distinctions is critical to understanding the changing nature of the politics of immigrant inclusion—and difference itself—in America.

"Sangay K. Mishra’s book is the first of its kind involving the politics of South Asians in the United States. Desis Divided fills an important gap in the study of Asian American politics and speaks to a larger literature on minority political incorporation, showing both the strengths and limitations of Desi political involvement."—Karthick Ramakrishnan, University of California, Riverside

"Mishra paints a picture of a community whose heterogeneity has manifested itself in remarkable ways. There was so much about the South Asian American political experience that I did not truly appreciate until I read Desis Divided."—The Aerogram

"An important, fresh take on the study of immigrant political behavior."—Political Science Quarterly