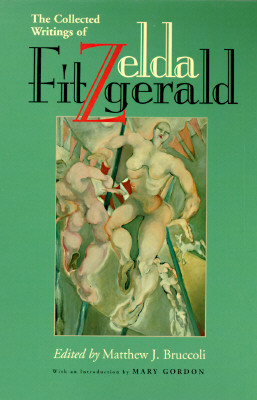 The Collected Writings of Zelda Fitzgerald

Zelda Sayre Fitzgerald has long been perceived as the tragic "other half" of the Scott and Zelda legend. Born in Montgomery, Alabama, this southern belle turned flapper was talented in dance, painting, and writing but lived in the shadow of her husband's success. Her writing can be experienced on its own terms in Matthew Bruccoli's meticulously edited The Collected Writings of Zelda Fitzgerald.

The collection includes Zelda's only published novel, Save Me the Waltz, an autobiographical account of the Fitzgeralds' adventures in Paris and on the Riviera; her celebrated farce, Scandalabra; eleven short stories; twelve articles; and a selection of letters to her husband, written over the span of their marriage, that reveals the couple's loving and turbulent relationship.

Zelda Sayre Fitzgerald has long been an American cultural icon. The Collected Writings affirms her place as a writer and as a symbol not only of the Lost Generation but of all generations as she struggled to define herself through her art.


Praise For The Collected Writings of Zelda Fitzgerald…

"An essential volume . . . , it presents Zelda as a highly expressive artist in her own right."—San Francisco Chronicle

Matthew J. Bruccoli is the foremost expert on F. Scott Fitzgerald and Zelda Sayre Fitzgerald. He has written or edited more than a score of books on the Fitzgeralds, including F. Scott Fitzgerald: A Life in Letters, Some Sort of Epic Grandeur, and The Romantic Egoists. He is the Jefferies Professor of English at the University of South Carolina in Columbia. Mary Gordon has most recently published Good Boys and Dead Girls, a collection of essays, and the novel Shadow Man.