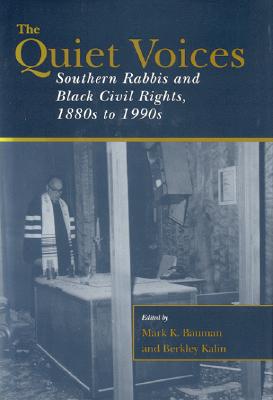 The study of black-Jewish relations has become a hotbed of controversy, especially with regard to the role played by Jewish leaders during the Civil Rights movement. Did these leaders play a pivotal role, or did many of them, especially in the South, succumb to societal pressure and strive to be accepted rather than risk being persecuted? If some of these leaders did choose a quieter path, were their reasons valid? And were their methods successful?

The contributors in this volume explore the motivations and subsequent behavior of rabbis in a variety of southern environments both before and during the civil rights struggle. Their research demonstrates that most southern rabbis indeed faced pressures not experienced in the North and felt the need to balance these countervailing forces to achieve their moral imperative.

Individually, each essay offers a glimpse into both the private and public difficulties these rabbis faced in their struggle to achieve good. Collectively, the essays provide an unparalleled picture of Jewish leadership during the civil rights era.