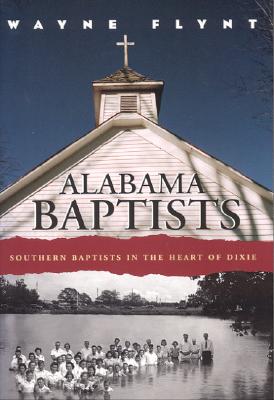 Southern Baptists in the Heart of Dixie (Religion & American Culture)

Alabama Baptists are a complex people. Although regarded as conservative
in both politics and theology, many Baptists became leaders of the 1890s
agrarian revolt, devoted partisans of the social gospel early in the 20th
century, and ardent advocates of the New Deal. Complexity has also characterized
the denomination's race relations. For nearly five decades half its members
were slaves, while many other members owned slaves. Thus, interaction of
black and white Baptists created a unique religious setting in which people
who were members of the same churches interpreted the gospel of liberation
in dramatically different ways. After the Civil War, Baptist churches in
the South divided into white and black congregations. Only white congregations
remained part of the Southern Baptist Convention, whose members are known
as Southern Baptists. Black congregations became part of the National Baptist
Convention, and their history is a separate story deserving future study.

Wayne Flynt's balanced, exhaustively researched book is the first about
Alabama Baptists to be written by a professional historian. Publication
in 1998 marks the 175th anniversary of the Alabama State Baptist Convention.

"This is, without question, the very best state or regional Baptist history ever published in the United States. [It is] a beautiful finished product, containing a useful chronology, an extensive bibliography, and a marvelous index. . . . A remarkable achievement."


"A life-long Alabama Baptist and a distinguished scholar, Flynt has demonstrated that sound historical research contributes clarity and perspective to denominational controversy and that inquiry into religious institutions adds depth and richness to the history of the American South."


"Flynt examines Alabama Baptists from the varied perspectives of individual, congregational, and denominational experience. The result is a rich, detailed depiction that reveals the years of careful research that undoubtedly went into its writing."—Choice

Wayne Flynt is Distinguished University Professor at Auburn University
and author or coauthor of eleven books, including Poor but Proud, Alabama in the Twentieth Century, and Taking
Christianity to China: Alabama Missionaries in the Middle Kingdom, 1850-1950. Flynt has been recognized with numerous awards and honors, including the Lillian Smith Award for nonfiction, the Clarence Cason Nonfiction Award, the James F. Sulzby Jr. Book Award (twice), and the Alabama Library Association Award for nonfiction (twice).