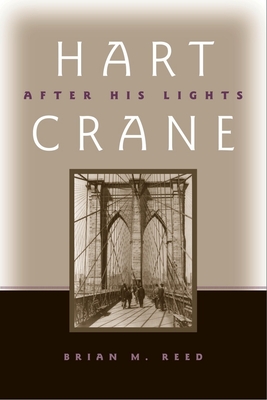 After His Lights (Modern and Contemporary Poetics)

A critical reassessment of the life’s work of a major American poet. With his suicide in 1932, Hart Crane left behind a small body of work—White Buildings (1926) and The Bridge (1930). Yet, Crane’s poetry was championed and debated publicly by many of the most eminent literary and cultural critics of his day, among them Van Wyck Brooks, Kenneth Burke, Robert Graves, Allen Tate, and Edmund Wilson. The Bridge appears in its entirety in the Norton Anthology of American Literature, and Crane himself has been the subject two recent biographies.
In Hart Crane: After His Lights, Brian Reed undertakes a study of Crane’s poetic output that takes into account, but also questions, the post-structural and theoretical developments in humanities scholarship of the last decade that have largely approached Crane in a piecemeal way, or pigeonholed him as represen-tative of his class, gender, or sexual orientation. Reed examines Crane’s career from his juvenilia to his posthumous critical reception and his impact on practicing poets following World War II. The first part of the study tests common rubrics of literary theory—nationality, sexuality, period—against Crane’s poetry, and finds that these labels, while enlightening, also obfuscate the origin and character of the poet’s work. The second part examines Crane’s poetry through the process of its composition, sources, and models, taking up questions of style, genealogy, and genre. The final section examines Crane’s influence on subsequent generations of American poets, especially by avant-garde literary circles like the New American poets, the Black Mountain School, the New York School, and the Beats.
The result is a study that complicates and enriches our understandings of Crane’s poetry and contributes to the ongoing reassessment of literary modernism’s origins, course, and legacy.

Praise For Hart Crane: After His Lights (Modern and Contemporary Poetics)…

"In the wake of his flamboyant life and suicide, the figure of Hart Crane has proven a remarkable shape-shifter. Over the decades, the man and his poetry have served all manner of interpretive purpose, from apotheosis to morality tale. Literary criticism of late has fancied him in the guise of what Reed (Univ. of Washington, Seattle) calls ''the' gay white male American modernist poet.' Departing from recent interpretive trends, Reed seeks to redirect critical attention to Crane the author in order to 'illuminate anew his achievements' and, more ambitiously, "to test and perhaps transform the principles and methods that enable those very insights." He divides the book into three parts: the first attempts to 'test the value of the most common rubrics' for understanding Crane's poetics; the second focuses on the process of poetic composition; the third, and most useful, provides detailed chapters on the reception of Crane among three poets affiliated with the New American Poetry: Paul Blackburn, Frank O'Hara, and Bob Kaufman. Regrettably, the turgid prose and academic stubble indicative of a revised dissertation will limit interest in this book to specialists. Summing Up: Recommended. Graduate students, researchers, and faculty."
—CHOICE


“Reed’s scholarship is thorough, his criticism creative, and his writing style limpid.”-- Susan M. Schultz, author of A Poetics of Impasse in Modern and Contemporary Poetry

Brian M. Reed is Assistant Professor of English at the University of Washington, Seattle, and coeditor of Situating El Lissitzky: Moscow, Vitebsk, Berlin .
Loading...
or
Not Currently Available for Direct Purchase