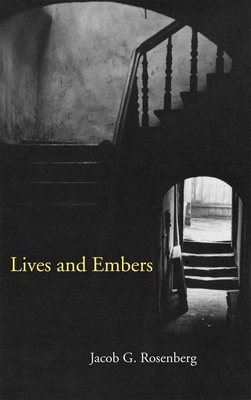 If life is a cosmic stage where illusions are the only reality, says Jacob G. Rosenberg, it is through these illusions that we can sometimes better recognize our world, our fellows, and ourselves. Such is the author's hope in this book. The stories in the first part, Lives, explore dimensions of the human landscape. The shorter pieces that make up Embers, inspired by the midrashic tradition of biblical interpretation, investigate the eternal human drama through the prisms of scripture, history, and folklore.

"These lucid stories and midrashim, springing from deep middle European roots, flower into the bracing air of wisdom. Taking the traditional themes of exile, quest, sexuality, and time's metamorphoses, they ask us again and again to consider who it is we are. This is a remarkable book."&#151Chris Wallace-Crabbe

"Jacob G. Rosenberg is a great writer. It's as simple as that."—Phillip Adam

Jacob G. Rosenberg was born in Lodz, Poland, the youngest member of a working class family. After the Germans occupied Poland, he was confined with his parents, two sisters and their little girls to the Lodz Ghetto, from which they were eventually transported to Auschwitz. Except for one sister (who committed suicide a few days later), all the members of his family were gassed on the day of their arrival. He remained in Auschwitz for about two months, then spent the rest of the war in other concentration camps. In 1948 he emigrated to Australia with his wife Esther; their only child, Marcia, was born in Melbourne. Rosenberg published three books of poetry in English, including My Father's Silence and Twilight Whisper, as well as three earlier volumes of prose and poetry in Yiddish: Snow in Spring, Wooden Clogs with Snow, and Light—Shadow—Light.