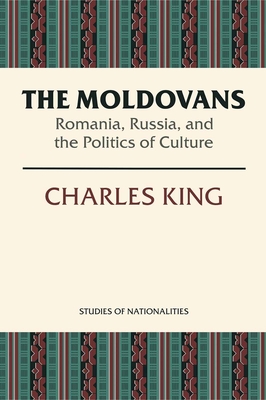 Romania, Russia, and the Politics of Culture

Throughout the past two centuries, Moldova was the object of a variety of culture-building efforts from Russian, Romanian, and Soviet influences before emerging as an independent state in 1991. The author

•Highlights the political uses of culture—the ways in which language, history, and identity can be manipulated by political elites
•Examines why some attempts to mold identity succeed where others fail
•Reveals why, in the case of Moldova, a project of identity construction succeeded in creating a state but failed to make an independent nation


Praise For The Moldovans: Romania, Russia, and the Politics of Culture…

"Thoroughly researched, engagingly written, and completely up to date, this is a definitive book that will long serve as the best study of Moldova in any language... Its strategic and precarious location between the Balkans and the former Soviet Union and its complex ethnic composition make Moldova a fragile new nation well worth knowing about."

"An erudite and perceptive book. Required reading for all those who want to fathom the relationship between national identity, nation-building, political traditions, and cultural yearnings in one of eastern Europe's least known and understood countries. King uses historical, political, economic, and cultural approaches to challenge old stereotypes and to propose a novel, original perspective on the peoples of Bessarabia and Transnistria."

Charles King is Professor of International Affairs and Government at Georgetown University. He is the author of five books on European history and politics. He lectures widely on eastern Europe, social violence, and ethnic politics, and has worked with broadcast media including CNN, National Public Radio, the BBC, the History Channel, and MTV. A native of the Ozark hill country, King studied history and politics at the University of Arkansas and Oxford University, where he was a Marshall Scholar.