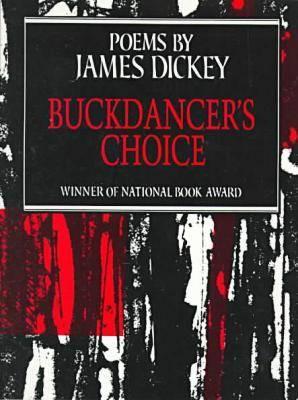 Winner of the National Book Award (1966)
Winner of the Melville Cane Award (1966) Whoever looks to a new book by James Dickeys for further work in an established mode, or for mere novelty, is going to be disappointed. But those who seek instead a true widening of the horizons of meaning, coupled with a sure-handed mastery of the craft of poetry, will find this latest collection satisfying indeed. Here is a man who matches superb gifts with a truly subtle imagination, into whose depths he is courageously traveling--pioneering--in exploratory penetrations into areas of life that are too often evaded or denied. "The Firebombing," "Slave Quarters," "The Fiend"--these poems, with the others that comprise the present volume, show a mature and original poet at his finest.

JAMES DICKEY, born in Atlanta and educated at Vanderbilt, abandoned a successful business career shortly after the publication of his second book. He has been poet-in-residence at Reed College and at San Fernando Valley State College, and has lectured and given readings at many other institutions. In the spring of 1966 he was named consultant in poetry to the Library of Congress for the year 1966-1967. His published collections include Into the Stone(1960), Drowning With Others (1962), and Helmets (1964), two latter in the Wesleyan Poetry Program.
Loading...
or support indie stores by buying on