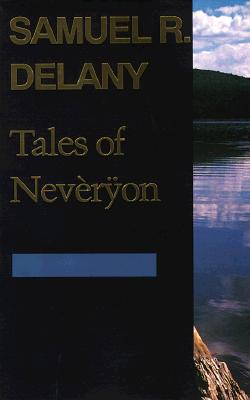 In his four-volume series Return to Nev rÿon, Hugo and Nebula award-winner Samuel R. Delany appropriated the conceits of sword-and-sorcery fantasy to explore his characteristic themes of language, power, gender, and the nature of civilization. Wesleyan University Press has reissued the long-unavailable Nev rÿonvolumes in trade paperback. The eleven stories, novellas, and novels in Return to Nev rÿon's four volumes chronicle a long-ago land on civilization's brink, perhaps in Asia or Africa, or even on the Mediterranean. Taken slave in childhood, Gorgik gains his freedom, leads a slave revolt, and becomes a minister of state, finally abolishing slavery. Ironically, however, he is sexually aroused by the iron slave collars of servitude. Does this contaminate his mission -- or intensify it? Presumably elaborated from an ancient text of unknown geographical origin, the stories are sunk in translators' and commentators' introductions and appendices, forming a richly comic frame.

Samuel R. Delany's many prizes include the Hugo Award, the Nebula Award, and the William Whitehead Memorial Award for a lifetime's contribution to gay and lesbian literature. Wesleyan has published both his fiction and nonfiction, including Atlantis: three tales (1995), Silent Interviews: On Language, Race, Sex, Science Fiction, and Some Comics (1994), Longer Views: Extended Essays (1996), and Shorter Views: Queer Thoughts & the Politics of the Paraliterary. The press has also reissued his classic science fiction novels Dhalgren (1996), Trouble on Triton (1996, originally published as Triton), and The Einstein Intersection (1998).
or support indie stores by buying on
(This book is on backorder)
Copyright © 2020 American Booksellers Association