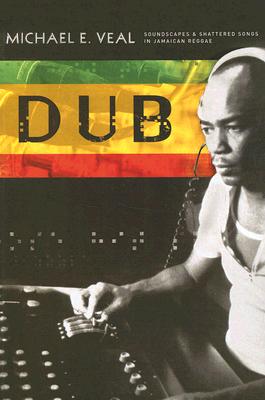 The first inside story of this Jamaican reggae style

Winner of the ARSC's Award for Best Research (History) in Folk, Ethnic, or World Music (2008)

When Jamaican recording engineers Osbourne King Tubby Ruddock, Errol Thompson, and Lee Scratch Perry began crafting dub music in the early 1970s, they were initiating a musical revolution that continues to have worldwide influence. Dub is a sub-genre of Jamaican reggae that flourished during reggae's golden age of the late 1960s through the early 1980s. Dub involves remixing existing recordings--electronically improvising sound effects and altering vocal tracks--to create its unique sound. Just as hip-hop turned phonograph turntables into musical instruments, dub turned the mixing and sound processing technologies of the recording studio into instruments of composition and real-time improvisation. In addition to chronicling dub's development and offering the first thorough analysis of the music itself, author Michael Veal examines dub's social significance in Jamaican culture. He further explores the dub revolution that has crossed musical and cultural boundaries for over thirty years, influencing a wide variety of musical genres around the globe.

MICHAEL VEAL is associate professor of ethnomusicology at Yale University, where he specializes in ethnomusicology and African-American music. He is the author of Fela: The Life and Times of an African Musical Icon (2000).
Loading...
or support indie stores by buying on
(This book is on backorder)