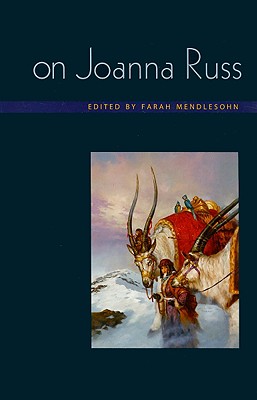 Joanna Russ, a feminist writer best known for The Female Man (1975), has produced a fierce, intense body of fiction and essays whose influence has been wide-ranging and complex. Her many publications include How to Suppress Women's Writing (1983), and she has won both of science fiction's most prestigious awards, the Nebula and the Hugo. The essays in this volume examine every aspect of Russ's body of work and provide a critical assessment that is long overdue. The first part of the book, Criticism and Community, gives readers a context for and overview of Russ's works, and includes discussions of Russ's role in the creation of a feminist science fiction tradition. The second part, Fiction, offers detailed analyses of some of Russ's writing.

FARAH MENDELSOHN teaches at Middlesex University, London. She is the author of Rhetorics of Fantasy (2008) and co-editor of The Cambridge Companion to Science Fiction (2006), winner of a Hugo Award.
Loading...
or
Not Currently Available for Direct Purchase