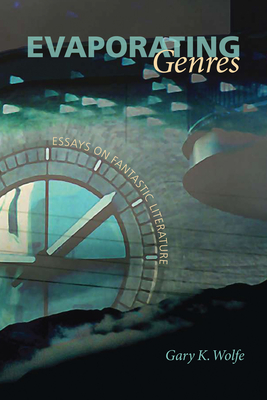 In this wide-ranging series of essays, an award-winning science fiction critic explores how the related genres of science fiction, fantasy, and horror evolve, merge, and finally "evaporate" into new and more dynamic forms. Beginning with a discussion of how literary readers "unlearned" how to read the fantastic during the heyday of realistic fiction, Gary K. Wolfe goes on to show how the fantastic reasserted itself in popular genre literature, and how these genres themselves grew increasingly unstable in terms of both narrative form and the worlds they portray. More detailed discussions of how specific contemporary writers have promoted this evolution are followed by a final essay examining how the competing discourses have led toward an emerging synthesis of critical approaches and vocabularies. The essays cover a vast range of authors and texts, and include substantial discussions of very current fiction published within the last few years.

GARY K. WOLFE is a professor of humanities and English at Roosevelt University. He is the author of several books, most recently Soundings: Reviews 1992-;1996 (2005), as well as hundreds of essays and reviews. In addition to his scholarly work, he is contributing editor and lead reviewer for Locus magazine.
or
Not Currently Available for Direct Purchase
Copyright © 2020 American Booksellers Association