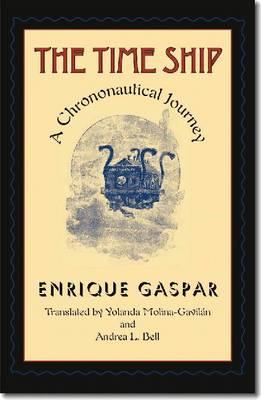 Globe-trotting scientists pursue immortality and love in the world's first time machine H. G. Wells wasn't the only nineteenth-century writer to dream of a time machine. The Spanish playwright Enrique Gaspar published El anacron pete--"He who flies against time"--eight years before Wells's influential work appeared. The novel begins at the 1878 Paris Exposition, where Dr. Don Sindulfo unveils his new invention--which looks like a giant sailing vessel. Soon the doctor embarks on a voyage back in time, accompanied by a motley crew of French prostitutes and Spanish soldiers. The purpose of his expedition is to track down the imprisoned wife of a third-century Chinese emperor, believed to possess the secret to immortality. A classic tale of obsession, high adventure, and star-crossed love, The Time Ship includes intricately drawn illustrations from the original 1887 edition, and a critical introduction that argues persuasively for The Time Ship's historical importance to science fiction and world literature.