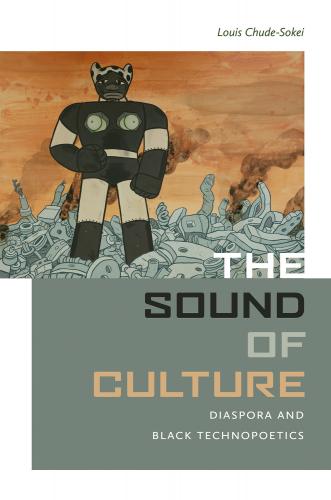 The Sound of Culture (Library Binding)

The Sound of Culture explores the histories of race and technology in a world made by slavery, colonialism, and industrialization. Beginning in the late nineteenth century and moving through to the twenty-first, the book argues for the dependent nature of those histories. Looking at American, British, and Caribbean literature, it distills a diverse range of subject matter: minstrelsy, Victorian science fiction, cybertheory, and artificial intelligence. All of these facets, according to Louis Chude-Sokei, are part of a history in which music has been central to the equation that links blacks and machines. As Chude-Sokei shows, science fiction itself has roots in racial anxieties and he traces those anxieties across two centuries and a range of writers and thinkers--from Samuel Butler, Herman Melville, and Edgar Rice Burroughs to Sigmund Freud, William Gibson, and Donna Haraway, to Norbert Weiner, Sylvia Wynter, and Samuel R. Delany. Hardcover is un-jacketed.

LOUIS CHUDE-SOKEI is a professor of English at the University of Washington, Seattle. His essays have appeared widely in publications such as African American Review, Transition, and The Believer. He is the author of The Last Darky: Bert Williams, Black-on-Black Minstrelsy, and the African Diaspora, which was a finalist for the Hurston/Wright Legacy Award.
or
Not Currently Available for Direct Purchase
Copyright © 2020 American Booksellers Association