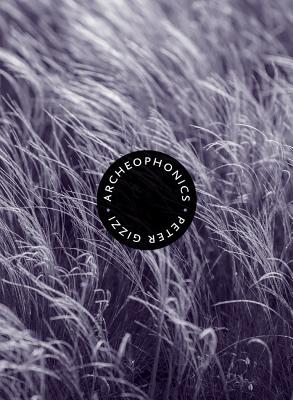 Soulful and intricate lyrics make this Gizzi's strongest book to date Archeophonics is the first collection of new work from the poet Peter Gizzi in five years. Archeophonics, defined as the archeology of lost sound, is one way of understanding the role and the task of poetry: to recover the buried sounds and shapes of languages in the tradition of the art, and the multitude of private connections that lie undisclosed in one's emotional memory. The book takes seriously the opening epigraph by the late great James Schuyler: "poetry, like music, is not just song." It recognizes that the poem is not a decorative art object but a means of organizing the world, in the words of anthropologist Clifford Geertz, "into transient examples of shaped behavior." Archeophonics is a series of discrete poems that are linked by repeated phrases and words, and its themes and nothing less than joy, outrage, loss, transhistorical thought, and day-to-day life. It is a private book of public and civic concerns.

PETER GIZZI is the author of six collections of poetry including Threshold Songs and In Defense of Nothing. His honors include the Lavan Younger Poet Award from the Academy of American Poets, and artist grants from the Foundation for Contemporary Arts, the Howard Foundation, and the Guggenheim Foundation. He works at the University of Massachusetts, Amherst.
Loading...
or
Not Currently Available for Direct Purchase