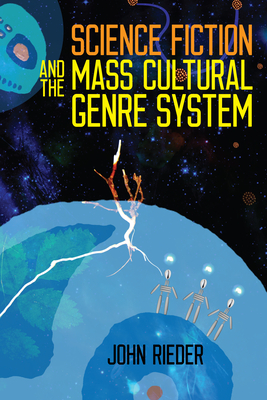 In Science Fiction and the Mass Cultural Genre System, John Rieder asks literary scholars to consider what shape literary history takes when based on a historical, rather than formalist, genre theory. Rieder starts from the premise that science fiction and the other genres usually associated with so-called genre fiction comprise a system of genres entirely distinct from the pre-existing classical and academic genre system that includes the epic, tragedy, comedy, satire, romance, the lyric, and so on. He proposes that the field of literary production and the project of literary studies cannot be adequately conceptualized without taking into account the tensions between these two genre systems that arise from their different modes of production, distribution, and reception. Although the careful reading of individual texts forms an important part of this study, the systemic approach offered by Science Fiction and the Mass Cultural Genre System provides a fundamental challenge to literary methodologies that foreground individual innovation.

JOHN RIEDER is professor of English at the University of Hawai'i at M noa. Although he has published work on English Romanticism, and on the professionalization of literary studies, for the last fifteen years he has focused his research agenda on science fiction, contributing essays to Extrapolation, Science Fiction Studies, Science Fiction Film and Television, Paradoxa, and other venues. His book on early science fiction, Colonialism and the Emergence of Science Fiction, was published by Wesleyan University Press in 2008. He currently serves as a coeditor of Extrapolation.
Loading...
or
Not Currently Available for Direct Purchase